Just as technological advances made radio and television possible, the Internet would not have been possible without some key breakthroughs. The Internet is a decentralized communications and information network that relies on the transmission of digital signals through cables, phone lines, and satellites, which are then relayed through network servers, modems, and computer processors. The development of digital code was the first innovation that made way for the Internet and all digital media. Surprisingly, this innovation occurred in the 1940s, leading to the development of the first computers. Second, in 1971, microprocessors capable of reading and storing electronic signals helped make the room-sized computers of the past much smaller and more affordable for individuals. Last, the development of fiber-optic cables in the mid-1980s allowed for the transmission of large amounts of information, including video and sound, using lasers to create pulses of light. These cables began to replace the copper cables used by telephone, television, cable, and satellite companies. Because of these advances, information now travels all around us in the form of light pulses representing digits (digital code) instead of the old electrical pulses Campbell, Martin, & Fabos, 2007). 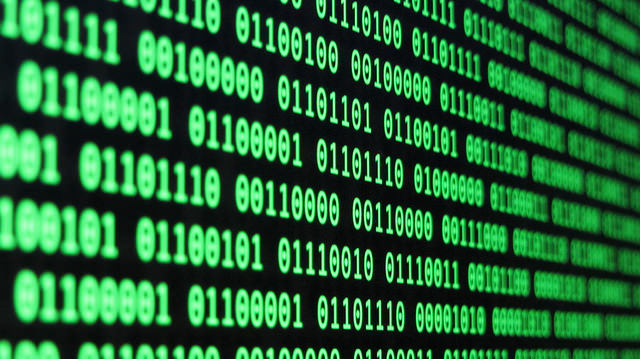 The information that speeds around us through fiber-optic cables, satellites, and wireless signals is made up of binary code—also called digital code because it is made up of zeros and ones.

The birth of the Internet can be traced back to when government scientists were tasked with creating a means of sharing information over a network that could not be interrupted, accidentally or intentionally. More than thirty years ago, those government scientists created an Internet that was much different from what we think of as the Internet today. The original Internet was used as a means of sharing information among researchers, educators, and government officials. That remained its main purpose until the Cold War began to fade and the closely guarded information network was opened up to others. At this time, only a small group of computer enthusiasts and amateur hackers made use of the Internet, because it was still not accessible to most people. Some more technological advances had to occur for the Internet to become the mass medium that it is today.

Tim Berners-Lee is the man who made the Internet functional for the masses. In 1989, Berners-Lee created new computer-programming codes that fixed some problems that were limiting the growth of the Internet as a mass medium (Biagi, 2007). The main problem was that there wasn’t a common language that all computers could recognize and use to communicate and connect. He solved this problem with the creation of the hypertext transfer protocol (HTTP), which allows people to make electronic connections or links to information on other computers or servers. He also invented hypertext markup language (HTML), which gave users a common language with which to create and design online content. I actually remember learning HTML code and creating my first (very simple by today’s standards) website in 1996. Learning HTML code wasn’t something that the masses were going to rush to do, but new software programs and webpage building programs emerged that allowed people to build web content without having to know the code. As if inventing HTTP and HTML wasn’t enough, Berners-Lee also invented the first browser, which allowed people to search out information and navigate the growing number of interconnections among computers. Berners-Lee named his new network the “World Wide Web,” and he put all his inventions into the public domain so that anyone could use and adapt them for free, which undoubtedly contributed to the web’s exploding size. The growing web was navigable using available browsers, but it was sometimes like navigating in the ocean with no compass, a problem that led to the creation of search engines. Yahoo! launched in 1995 and became an instant phenomenon. I remember thinking how cool I was when I got my first yahoo.com e-mail address in 1996! Yahoo’s success spawned many more tech companies and the beginning of the “tech bubble” of the late 1990s and early 2000s. The following timeline provides an overview of some of the key developments related to the Internet:

Timeline of Developments in the Internet

From the beginning, the Internet was a mass medium like none other. The majority of the content was user generated and the programs needed to create and navigate online content were in the public domain. This fusing of free access to information and user creativity still forms the basis of digital “new media” that are much more user controlled and personal. Demand for Internet access and more user-friendly programs created the consumer side of the net, and old media companies and regular people saw the web as another revenue generator.

A major source of revenue generated by the Internet goes to Internet service providers (ISPs), who charge customers for Internet access. The more reliable and fast the connection, the more expensive the service. Interestingly, old media providers like cable companies (who were competing against satellite companies) and phone companies (who were also struggling after the growth of cell phone and e-mail communication) are the largest providers of high-speed Internet access.

Many others make money from the web through traditional exchanges of goods or services for money or by selling space to advertisers. These methods of commerce are not new for any mass media, as they were used in print, radio, and television. Online auction sites like eBay and online stores like Amazon simply moved a traditional commercial exchange to the realm of cyberspace. Advertising online, however, is quite different from advertising in other media. Old media advertisers measure their success with ads based on a corresponding increase or decrease in sales—a method that is not very precise or immediate. Online advertisers, on the other hand, can know exactly how many people see their ads based on the number of site visitors, and they can measure how effective their ad is by how many people click on it. This can allow them to revise, pull, or buy more of an ad quickly based on the feedback. Additionally, certain online environments provide even more user data to advertisers, which allows them to target advertisements. If you, for example, search for “vacation rentals on Lake Michigan” using a search engine, ads for lake houses or vacation spots may also show up. The social networks that people create on the Internet also create potential for revenue generation. In fact, many people take advantage of this potential by monetizing their personal or social media sites, which you can read more about in the “Getting Real” box.

The “Getting Real” box focuses on how the concepts we are learning relate to specific careers. Although you might not make a whole career out of being a web entrepreneur, many people are turning to the Internet as an extra source of income. People have been making money off the web for decades now, but sites like eBay really opened people’s eyes, for the first time, to the possibility of spinning something you already have or already do into some extra cash. Anyone can establish a web presence now, whether it’s through starting your own website, building a profile on an existing website like a blog-hosting service, or using a space you already have like your Facebook or Twitter account. Next, you need to think about what it is you’re offering and who it is that might want it. For example, if you have a blog that attracts a regular stream of readers because they like your posts about the weekend party scene in your city, you might be able to utilize a service like Google’s AdSense to advertise on your page and hope that some of your readers click the ads. In this case, you’re offering content that attracts readers to advertisers. This is a pretty traditional way of making money through advertising just as with newspapers and billboards.

Less conventional means of monetizing the web involve harnessing the power of social media. In this capacity, you can extend your brand or the brand of something/someone else. To extend your brand, you first have to brand yourself. Determine what you can offer people—consulting in your area of expertise such as voice lessons, entertainment such as singing at weddings, delivering speeches or writing about your area of expertise, and so on. Then create a web presence that you can direct people back to through your social media promotion. If you have a large number of followers on Twitter, for example, other brands may want to tap into your ability to access that audience to have you promote their product or service. If you follow any celebrities on Twitter, you are well aware that many of their tweets link to a product that they say they love or a website that’s offering a special deal.

Internet access is also following people away from their home and work computers, just as radio followed people into their cars. Smartphones and the development of cell phone networks capable of handling data traffic allowed cell phone providers to profit from the web. The convergence of the Internet with personal electronics like smartphones and the use of the Internet for social purposes are key parts of the discussion of personal media and social media

The Internet and Digital Media by [Author removed at request of original publisher] is licensed under a Creative Commons Attribution-NonCommercial-ShareAlike 4.0 International License, except where otherwise noted.