Subtitle: Chinese Head Tax and the Making of Non-Citizens 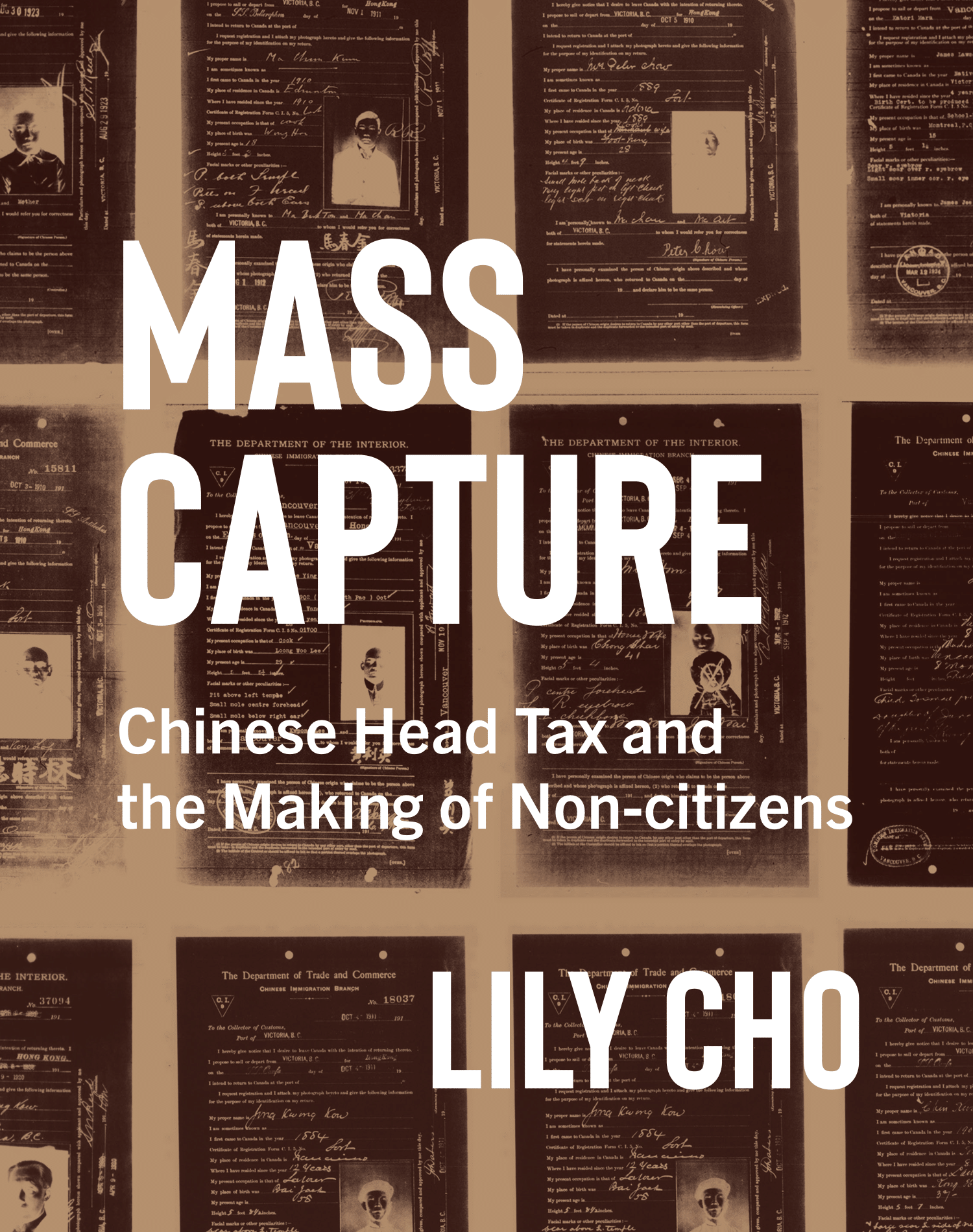 Book Description: Mass Capture argues that the CI 9 documents implemented by the Canadian government as a means of acquiring information on Chinese migrants functioned as a form of surveillance – a process of mass capture that produced non-citizens. Cho reveals CI 9s as more than documents of racist repression: they offer possibilities for beauty and dignity in the archive, for captivation as well as capture.

Under the terms of the Chinese Immigration Act of 1885, Canada implemented a vast protocol for acquiring detailed personal information about Chinese migrants. Among the bewildering array of state documents used in this effort were CI 9s: issued from 1885 to 1953, they included date of birth, place of residence, occupation, identifying marks, known associates, and, significantly, identification photographs. The originals were transferred to microfilm and destroyed in 1963; more than 41,000 grainy reproductions of CI 9s remain.

Lily Cho explores how the CI 9s functioned as a form of surveillance and a process of mass capture that produced non-citizens, revealing the surprising dynamism of non-citizenship constantly regulated and monitored, made and remade, by an anxious state. The first mass use of identification photography in Canada, they make up the largest archive of images of Chinese migrants in the country, including people who stood no chance of being photographed otherwise. But CI 9s generated far more information than could be processed, and there is nothing straightforward about the knowledge that they purported to contain. Cho finds traces of alternate forms of kinship in the archive as well as evidence of the ways that families were separated. In attending to the particularities of these images and documents, Mass Capture uncovers the alternative story that lies in the refusals and resistances enacted by the mass captured.

Illustrated with painstakingly reconstituted digital reproductions of the microfilm record, Mass Capture reclaims the CI 9s as more than documents of racist repression, suggesting the possibilities for beauty and dignity in the archive, for captivation as well as capture.