The printing press and subsequent technological advances related to paper manufacturing and distribution led to the establishment of print as the first mass medium. While the ability to handwrite manuscripts and even reproduce them existed before the print revolution, such processes took considerable time and skill, making books and manuscripts too expensive for nearly anyone in society except the most privileged and/or powerful to possess. And despite the advent of many other forms of mass media, print is still important as a channel for information and as an industry. For example, in the United States, about 3.1 billion books, 1,400 daily newspapers, and 19,000 magazines are published a year (Poe, 2011). Let’s now look back at how we progressed from writing to print and trace the birth of the first mass medium.

The “manuscript age” is the period in human history that immediately predated the advent of mass media and began around 3500 BCE with the introduction of written texts and lasted until the printing revolution of 1450 CE (Poe, 2011). Of course, before writing emerged as a form of expression, humans drew cave paintings and made sculptures, pottery, jewelry, and other forms of visual expression. The spread of writing, however, as a means of documenting philosophy, daily life, government, laws, and business transactions was a necessary precursor to the print revolution. Physical and technical limitations of the time prevented the written word from becoming a mass medium, as texts were painstakingly reproduced by hand or reproduced slowly using rudimentary printing technology such as wood cutouts. The high price of these texts and the fact that most people could not read or write further limited the spread of print.

The German blacksmith and printer Johannes Gutenberg, often cited as the inventor of the printing press, didn’t actually invent much, as most of the technology needed to print, such as movable type, already existed and had been in use for many years. In fact, the mass reproduction and distribution of texts began in East Asia around 700 CE, more than 700 years before Gutenberg, as the Chinese used a wood-block printing method to mass produce short Buddhist texts (Poe, 2011). However, Gutenberg’s use of a press to mash the paper against the typeset, as opposed to the Chinese method of manually rubbing the paper against the typeset, made the process faster and more effective. Additionally, the rise of printing in East Asia didn’t become a “print revolution,” because the audience for the texts was so limited, given low literacy rates. 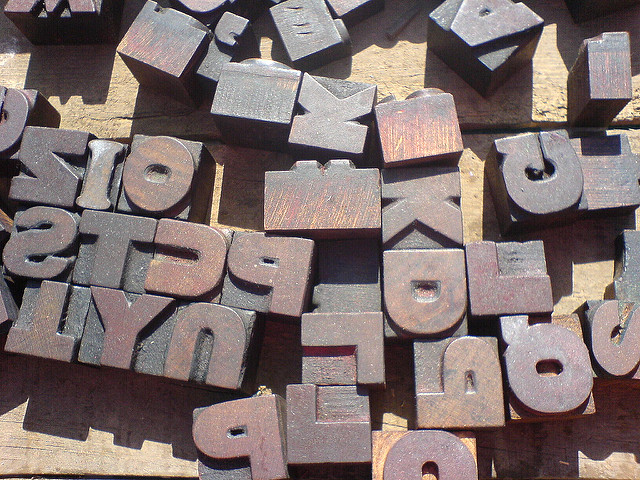 Although the technology needed to print mass quantities of text had existed for many years, increasing literacy rates in Europe created more of a demand for printed text, which led to the “print revolution.”

Increasing literacy rates in Europe in the two centuries before Gutenberg undoubtedly contributed to the success of his printing efforts, since literacy creates a market for printed texts. The impact of the printing press, as introduced to Europe by Gutenberg starting with his first printing shop in 1439, should not be underestimated. His press helped usher in the Age of Enlightenment and the Scientific Revolution that swept Europe during the 1600s. This spread was aided by aristocratic and religious leaders who turned to the printing press as a way to both spread Christian thought and seek to improve society by educating individuals. In 1454, Guttenberg’s famous forty-two-line Bible was the first book that was mass produced by modern methods and not transcribed by hand, which had been the practice for thousands of years. With this, the “print age” began, which extended from 1450 to 1850 and marked the birth and rise of the first mass medium (Poe, 2011).

The explosion of printing following 1450 definitely proves that print was the first mass medium. Books of the time were often shorter than today, but they were still the earliest form of communication to be distributed to the masses, which led to significant cultural and social transformation. Between 1454 and 1500, 30,000 books and pamphlets were published in Europe. In the 1500s, between 150,000 and 200,000 separate titles were printed. Remember, these numbers represent each separate book and not the total copies of each of those titles that were printed. The total number of copies is much more staggering. Between 1450 and 1500, 20 million individual books were printed. During the 1600s, between 150 and 200 million books were printed in Europe. Given that Europe’s population at the time was only 78 million, that’s about three books for each person (Poe, 2011). Of course, books weren’t evenly distributed, since most people couldn’t read or write and had no use for them. At the same time, though, cheaper, shorter materials were printed that included content that catered more to the “common” person. These early publications were similar to tabloids in that they were sold as news items but featured stories about miracles, monsters, and other sensational or fantastical events. Although not regarded for their content or positive effect on society, these publications quickly grew into what we would recognize today as newspapers and magazines, which we will discuss later.

The printing and distribution of books led to cultural transformation, just as radio, television, and the Internet did. The rise of literacy and the availability of literature, religious texts, dictionaries, and other reference books allowed people to learn things for themselves, distinguish themselves from others by what they read and what they knew, and figuratively travel beyond their highly localized lives to other lands and time periods. Before this, people relied on storytellers, clergy, teachers, or other leaders for information. In this way, people may only be exposed to a few sources of information throughout their lives and the information conveyed by these sources could be limited and distorted. Remember, only a select group of people, usually elites, had access to manuscripts and the ability to read them. Publishers still acted as gatekeepers, just as mass media outlets do today, which limited the content and voices that circulated on the new medium. But despite that, the world was opened up for many in a way it had never before been.

Demand for books quickly expanded in the United States in the late 1700s and early 1800s. Technological advances in the manufacturing of paper and cheaper materials for binding books—for example, using cloth covers instead of leather—helped reduce the cost of books. Dime novels were very popular in the United States in the mid to late 1800s. These books, also called pulp fiction, had content that was appealing to mass audiences who enjoyed dramatic, short fiction stories. During this time, publishing became more competitive and profit driven—characteristics that still apply to the industry today. While radio and magazines flourished in the first half of the twentieth century, the book industry didn’t fare as well. Many people turned to these new media over books, since radio and magazines were generally cheaper and provided more timely information about major world events like the World Wars and the Great Depression.

The First Mass Medium by [Author removed at request of original publisher] is licensed under a Creative Commons Attribution-NonCommercial-ShareAlike 4.0 International License, except where otherwise noted.