The term media is the plural form of medium, which is anything through which impressions or force are transmitted to affect things on the other side. Social describes the kind of media we are talking about, because they relate to people interacting. The term social media usually refers to digital technologies that help people interact. So it’s technically correct to write “Social media are [awesome, stupid, elemental, detrimental, whatever].” But it’s also acceptable if you write “Social media is [changing the world, turning my friends into zombies, etc]” because the singular form is in common usage. I will use the term “social media” as both plural and singular in this book.

This is the thing about social media: it is grounded in how people talk and behave, not in rules set by any authorities. Almost any standards at work in social media can be changed by users if enough of us start pushing against those standards. We create social media. Tech developers respond to us as they create software apps, also known as software platforms. Then we tweak their apps, using them in ways that developers never planned because these unforeseen uses fit our lifestyles. Or we choose other apps that fit us better. And then those developers respond to us again.

​And yes, social media does influence us too. But it can be surprising how much of what we do online was in practice in our society before social media became “a thing,” and how societal and cultural phenomena independent of technologies weave their ways into our online behaviors. Unpacking these influences requires explorations of history and theories in communication, sociology, anthropology, economics, and political science.

Social Media: In my eyes

What is Social Media? In reality, that question can be answered very quickly by most; by just saying “Oh you mean like instagram?” or “snapchat?”. But “social media” is much more than just “instagram and snapchat”; much more any of those apps.

To break it down more through my eyes, “social media” is an internet based application of social interaction, widely used by the entirety of the world as a virtual playground for getting ones feelings, thoughts, and ideas out to the public. This source of interaction is new to most, as it is constantly evolving into something more and more unfamiliar, just to become familiar to everyone once again so quickly. Constantly “refreshing”, both by the user and by the producer; allowing us to never get old of our new pocket sized virtual world.

When on any these social interacting platforms, you are constantly connected to other people using that same platform. These people could be your family, friends, celebrities, random people around the world or even now a days… dogs. These people pretty much can be anyone, and they all come together around you as the “public” of that platform; just like we have the public around us outside of social media. Except this public is much different than the one in the real world, as they are on the platform for only two specific reasons, to share their experiences and to watch other peoples. They are drawn to the daily doing of other peoples lives, and in specific, your life.

When you first create a profile on one of these social media platforms, you soon form a following out of people in this “public”. The “public” sees everything you put out onto this platform, and then uses what they see as a reflection of the type of person you really are. Because of this, people usually tend to form a specific persona on the platform they are using; as other people using this platform can only get an idea of who you are through what they see on your profile, and not who you are in person. This layout has multiple design flaws, as one can never truly tell who someone really is through what they see on their screen. It is simply impossible. Not only that, people allow this layout to take over their life.

Now this next part doesn’t apply to all using social media; but I feel as if it does to most. See with the power to produce any “impression” on anyone who views you by creating the “perfect you” or the “you” that you want to make as who people recognize you as is a dangerous thing. On social media, people will only post things that they want people to recognize them by, or only post things that fit the certain persona that they have displayed on their profile to their “public”. This is done because of the underlying obsession people have with virtual impressions. Impressions go hand and hand with public, as both are created by the same thing; the viewing of your virtual profile. Although impressions are something that you can’t see, it can sometimes be interpreted as something you can see, being “likes” and “comments” but these are simply just interactions, which is just a sub form of impressions. Impressions is much more of the “what if” question of social media, the “what if *blank* saw this?”

Impressions are all about the viewing of your profile, what people see and ultimately what people’s first “impression” is about you. With this people will become addicted with trying to create the ultimate persona for themselves on their social media profiles, in order to satisfy the “first impression” in which they want to receive. Some people do this without even realizing, and I am sure you do as well. Because no one just doesn’t care what they put out on social media, and if you, that just means you actually do care. As you’re creating that impression on the people who view your profile, whether you realize it or not. 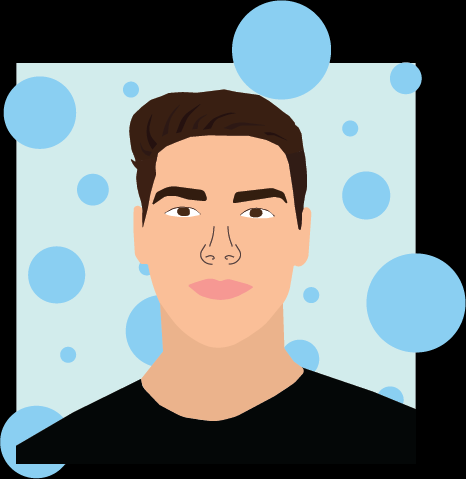 My name is Cameron Monteferrante, I am from Scottsdale, Arizona and when writing this I was a first semester freshman here at the University of Arizona. I am a Pre-Business Major, and plan to go into the marketing field at the end of the road!

Human behavior today can appear utterly transformed by digital technologies. When we look more closely, there are many moments today that echo behaviors of the past before digital technology played a key role. And there are many societal changes that have a variety of causes, some playing much larger roles than technology. Still, people love to claim that a technology has transformed society, perhaps because they benefit from the claim, or because it makes changing the world look easy with the proper tools. It isn’t.

Conversely, it is also common to find social media use viewed as the downfall of society – a dystopia, or imagined society where everything is terrible. The increasing reliance of our society on social media for everyday communications looks nightmarish to some. Teens never look up from their phones. Computers make life-or-death decisions or at least remove humans from making them. Our brains are rewiring to cut out human emotions like compassion as we become robotically trained to pursue likes and connect with people we never see. Such dystopian thinking can make people jump to conclusions, and even deploy data and scientific research as hasty “proof” of their extreme conclusions, leading to moral panics or fears spread among many people about a threat to society at large.

What Is Social Media? by Diana Daly is licensed under a Creative Commons Attribution 4.0 International License, except where otherwise noted.